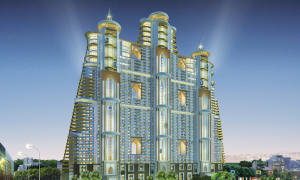 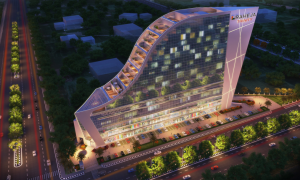 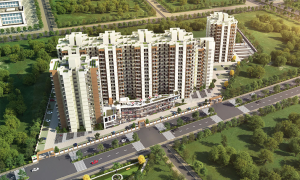 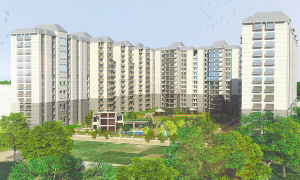 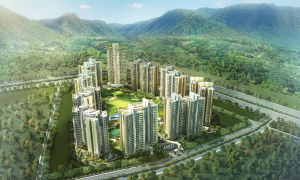 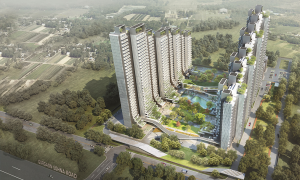 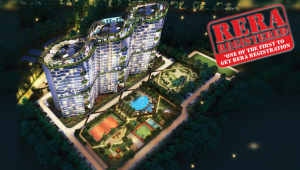 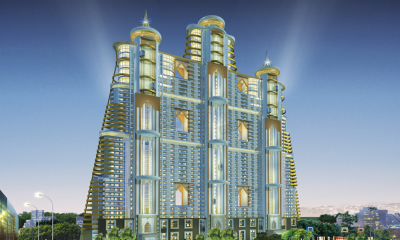 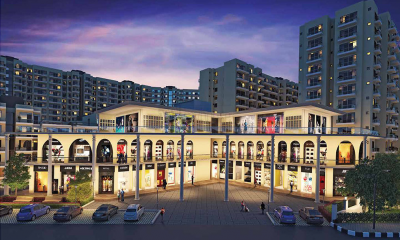 The millennium city of India – Gurgaon is a district in the Indian state of Haryana with total population of 1,660,289. Once, used to known as Gurugram has entirely transformed into the most developed urban City of India. With leading financial and industrial hubs, Gurgaon witness rapid urbanization. In close proximity to the National Capital - Delhi and Indira International Airport, with explosive growth of industrial and residential hubs, this city seizes significance from every point of view. With third highest per capita income in India, the city is becoming hotspot for urbanites, seeking to reside, work, invest in Gurgaon properties, or to entertain themselves. Where Gurgaon is seeing rapid growth, the city needs some additional infrastructural and utility planning to be in the race with other developed foreign cities of the world.

Origin of the city’s name dates back to Mahabharata time. Driven from Sanskrit – GuruGram (Sanskrit translation village of the Guru). This piece of land was first owned by legendary rulers Pandavas and Kauravas. As ‘Gurudakshina’ or as a gift to their legendry teacher - Guru Dronacharya, this land was given to him as a token of gratitude for his teachings. This is why the land once called by the name ‘Gurugram’ has now famously distorted to ‘Gurgaon’.

The economic growth story of the Gurgaon started since Maruti Suzuki India Limited, the leading Indian Automobile manufacturer launched its manufacturing plant in Gurgaon in the 1970s. At present, real estate in Gurgaon boasts commercial spaces for more than 250 Fortune 500 companies.

An array of transport facilities are available in Gurgaon that connects to the world around easily and conveniently. Due to rapid expansion of job sector and increased rate of properties in Gurgaon, government is focused more on improving transport facilities and infrastructure. From Airport to shared auto rickshaws, one doesn’t need to worry about commuting in this area.

·         Highways - NH8 connects straightway Delhi to Mumbai | The Delhi-Gurgaon Expressway - a 27.7 km (17.2 mi) six to eight lane expressway connecting the national capital, Delhi and the satellite city of Gurgaon | Northern Peripheral Road or commonly known as Dwarka Expressway is being developed that will connect Dwarka with National Highway 8 at Kherki Dhaula and will pass Pataudi Road.

·          Intercity buses - The Private and Government Bus connectivity both are managed by Haryana Roadways from Gurgaon bus terminal, to other states of Haryana and neighboring states like Delhi, Chandigarh and Uttar Pradesh.

·          Railways - Intercity rail operated by Northern Railway of Indian Railways can be boarded from Gurgaon railway station. The train connects Gurgaon to Delhi and many other cities like Jaipur, Ahmadabad, Kolkata and Mumbai.

·          Delhi Metro – The fastest supply to reach any location in Delhi and NCR is via metro. In Gurgaon there are five stops served by Delhi Metro under the Yellow Line, which are Guru Droncharya, Sikanderpur, MG Road IFFCO Chowk and HUDA City Centre.

·         Rapid Metro – In Gurgaon phase 2, there is another metro line - Rapid metro, a three coach trains that run in a loop. It connects from Sikanderpur yellow line metro station to Phase 2, Vodafone Belvedere Towers, IndusInd Bank Cyber City, Micormax Moulsari Avenue and Phase 3.  Every day, around 33,000 people travel in Rapid Metro, as it provides a unique elevated transit service.

·          Airport – Indira Gandhi International Airport is the exceptional landmark of Gurgaon, located within the jurisdiction of Delhi near National Highway 8. It provides Domestic and international air connectivity.

·         Other means of Transport - There are private busses and vans, auto rickshaws, shared cabs used as local travel transport.

·         Pod Taxis – Also known as personal rapid transport system, soon going to be introduced in Gurgaon for the first time. It will have a 12.30-km track from the Delhi-Haryana border to Subash Chowk via Rajiv Chowk on Sohna Road.

Style of Living in Gurgaon

The cost of living in Gurgaon is less than what it is in Delhi. It is growing into a smart city with passing time. There are constructions going on everywhere due to booming Real Estate in Gurgaon. Within a small stretch an array of residential, commercial and entertainment time-driven amenities and facilities are available.   Cyber hubs, DLF Mall, Ambience Mall, and Kingdom of Dreams are few famous tourist destinations. Language primarily spoken in Gurgaon is Hindi, though an educated segment of the population understands English. Crowd of professionals can be spot out at tea stalls everywhere. Number of classy bars and dinning spaces, leisure and luxurious hotels are also emerging.

The education system of the city is managed by Haryana Government. There are many private schools and universities as well, where quality of education is much higher than the government institutions.

There are many medical research and health care facilities available in Gurgaon. Some famous to be named are Max Hospital, Fortis Hospital, Columbia Asia Hospital and Medanta.

Becoming a booming investor’s driven market. Gurgaon properties are the second largest contributor to NCR's residential market. Its micro-market holds 24 percent of the under-construction units. The Millennium City is expected to house around 2,500 multi-storey towers by 2018.  The real estate in Gurgaon is welcoming new style of living like gated communities, walk to work culture, green and intelligent building concepts, energy efficient office spaces, properties ranging from one bedroom flats to luxury villas and penthouses. From affordable houses in Gurgaon to most luxurious houses, city is becoming favorite setting for home buyers and investors. Gurgaon's skyline with its many skyscrapers are renowned nationwide, and the city has been home to several tall buildings and skybridges with modern planning techniques.